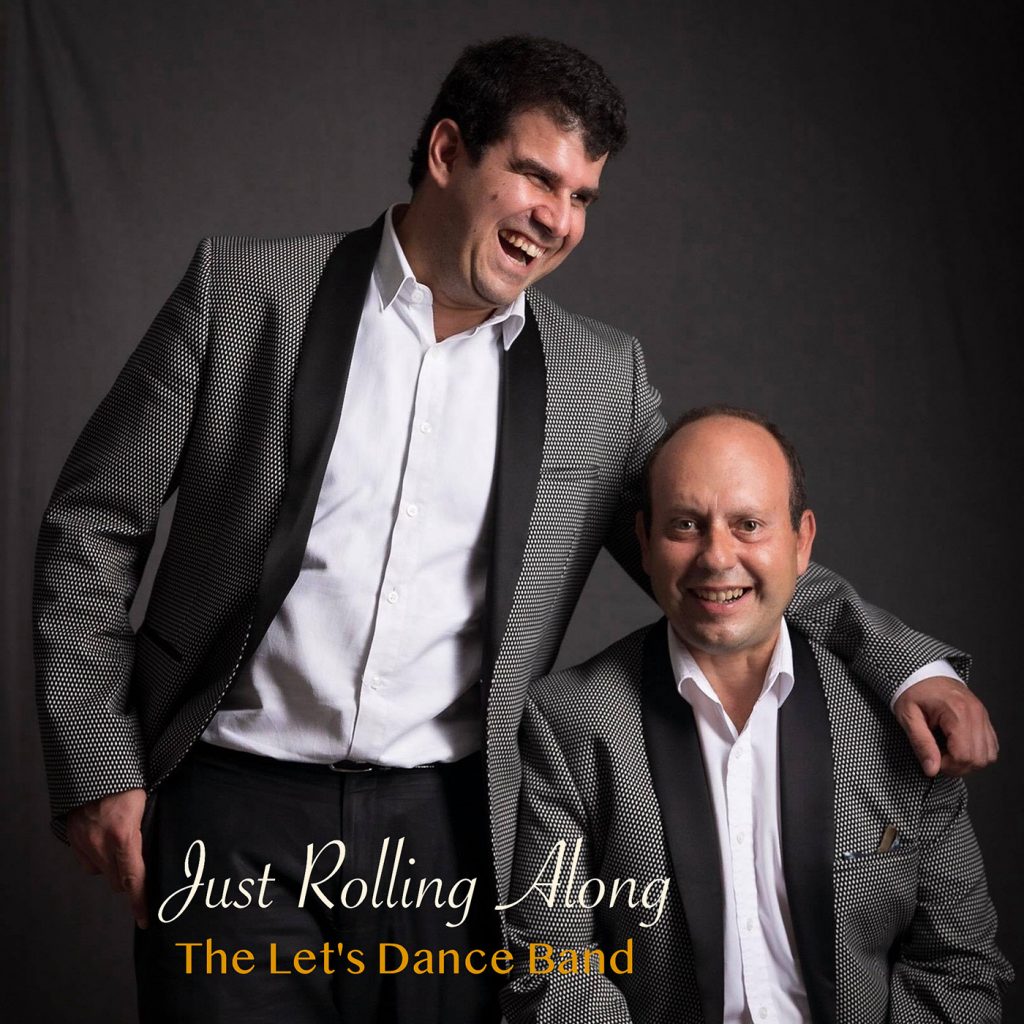 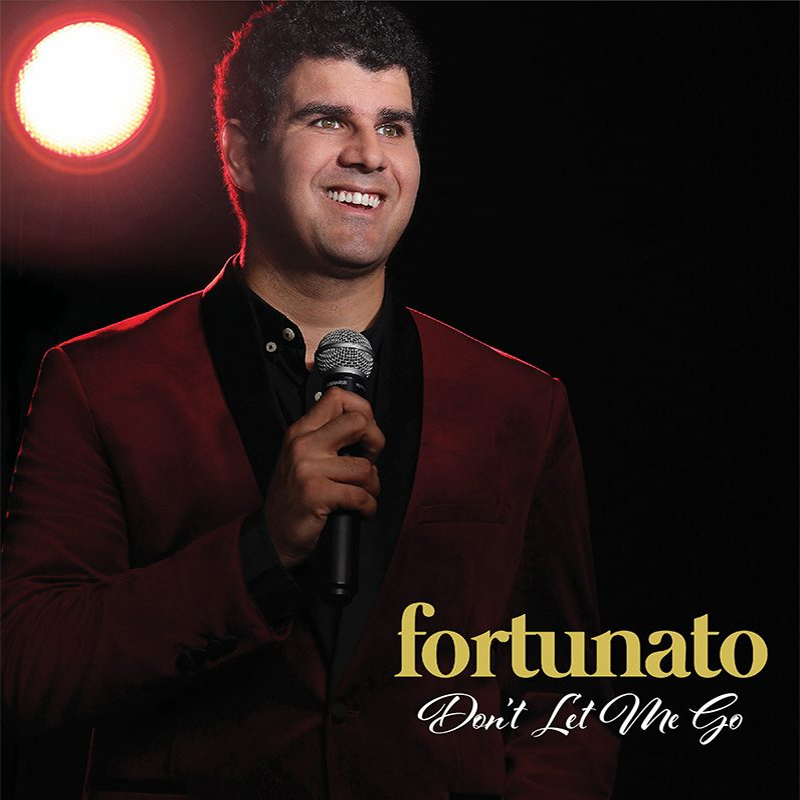 Fortunato Isgro is a popular vocalist, musician, entertainer and song writer based in Brisbane, Queensland, Australia. He has worked in the Australian music industry for 22 years and performs various styles of music including pop classics from the 1950’s to 1970’s, country music and traditional Italian folk songs. He is an avid song writer and composer and enjoys performing his original songs; he plays the keyboard and guitar.

Fortunato is a passionate entertainer who draws inspiration from musical greats such as Elvis, Engelbert Humperdinck, Dean Martin and Tom Jones. He is well-known for his strong vocals, relatable performing style and ability to mesmerise audiences of all ages. His love for music is evident in every performance he does and there is nothing more he enjoys than bringing joy to his many fans. He is well-loved in the dance community for his ability to cater for various dance styles including old time, new vogue, rock n roll, ballroom and line dancers.

Fortunato is also a popular entertainer within the Australian-Italian community and performs at numerous Italian events and festivals throughout Australia. His version of the Italian classic ‘Mambo Italiano’ was selected by Sacla UK for their latest pesto advertising campaign which played across UK television and their social media.

In recent years Fortunato has hosted celebrity holiday tours to Singapore, Tasmania and Norfolk Island where his fans enjoy his company and entertainment whilst taking in the sights of their destination.

Fortunato is an experienced recording artist and has developed six albums over his career which are available on iTunes, Spotify and at his live gigs. He has just released his debut single called ‘Don’t Let Me Go’ which he recorded with Kross Kut Records.

We would like to thank everyone who donated and supported our fundraising event on Saturday 30th of April 2022.

We are very pleased to announce that we raised $2,280 for Santina who has decided to donate the money to two nominated charities.

Thank you and we look forward to seeing you soon. ... See MoreSee Less

Wonderful to know so many generous people are supporting your cause and your music. Well done everyone, it was a fantastic event. X X X

What a wonderful effort and I loved watching the live broadcast 🎹🌺

It was a fantastic weekend. Thank u both and your mum and dad

Was a great night. Thanks Fortunato😊

Yes everyone shud contribute to the good cause...

AWESOME show Nato and Frankie, love the song for your daughter 🙂 Don't know which dancer was Margaret but hope she R.I.P. . God bless Y'all, stay safe n well 🙂 xoxo <3 <3

We enjoyed much for your great music..Fortunato and Frank got and amazing voice... Thank you...Miss you Miss you gurls had a so much fun..dancing without limits...

Beautiful dancers on the floor, because fantastic singer know how to make everybody happy. Big job. I enjoy every time I watching. Thank You so much. Big hags everybody. Love it.

Hi Fortunato and everyone..just watching from Toronto on Sunday, May 15 th. 11,22am...What a great kickstart to this beautiful, warm and sunny day ...loving it !!!!

Beautiful Sunday 15th May, tuning in from Ellesmere Port Cheshire, so lovey to share your wonderful entertainment Fortunato and company. X

Thats what daughters are can't wait to hear you again down at Redlands Sports Club...and congrats on your little girl.

Beautiful tribute to your friend,thank you for sharing a wonderful day 🕺🥁🎹❤️🏴󠁧󠁢󠁳󠁣󠁴󠁿

Beautiful song for your daughter 💞😊

All the best to everyone else

Thank you for sharing your beautiful music!👏👏💖💖

Thank you for singing my pocket full of rainbow that was beautiful.

Another fun day at Geebung RSL with Fortunato music. Thank you Nato and Frankie.

Go fortunato your the best

And I have 2 great oldest sons

Lovely to watch everyone enjoying your music in dance 💃

This is my favorite song ❤️❤️

Enjoy your trip to Norfolk Island

Great to watch everyone have fun dancing

It’s lovely to see all you lovely people from other places watching and enjoying this lovely music we are verry spoilt here we can listen all the time. But so can you guys now just tune in

Have a great time on Norfolk Island Frankie and Fortunato,we were there a few years ago,stopped at Governors Lodge.Safe flight.

Have a great time om Norfolk .Looking forward to seeing your photos .Great singing and dancing today. I just love sitting here watching and ;listening to you both x 💕🌹💕

WOOOHOOOO! love the Mavs and ya certainly sing their songs great! Love it! got me dancing here 🙂 xoxo <3

My favourite ~ Beautiful body. Love it ❤. Thank you !!

Love watching Christine and her friend dance, they have so much energy❤️

Great music on this wet Sunday👍👋💜

Great towatch and listen to u guys

Hope you have a great trip to Norfolk Island, stay safe and well 💕👍😀

My song 😍 LOVE IT

Have a safe trip Franky and Fortunato , wish I could be there

Thank you Fortunato and Frank for a wonderful afternoon of dancing and entertainment. xx

Watching my favourite Fortunato ,Frankie and Scotty..Absolutely love your music..♥️💃🕺🏻💃🕺🏻🎹🥁🇨🇦🇨🇦🇨🇦🇨🇦

I would give anything to dance with Gary just one time. He is very good dancer

Beautiful song. Happy Sunday to you both..Young dad like you, do you're sport..Thanks

Thank You for a lovely night of fantastic music..♥️🎹🥁👏👏👏👏🇨🇦🇨🇦🇨🇦

All my favourites today. Thanks both..Will watch Roy and team tomorrow night.

Who s the original singer of this song

I watch you all the time. You sing the music I like. The music takes me back in my days. Great singing.

I love watching Gary dance. He is so smooth ! Love your singing and playing the key boards. Love watching Frankie too ❤

wow finally see you live, love your music and the dancers, love the lady with the braids and Gary and his partners. watching from Wisconsin, USA

Looks like Gary never tires. I've seen him dance several dances each with a different partner. Ooops!! Looks like he's sitting out on "Sweet Caroline"

Hi All from USA Michigan , what lovely dancing and of course singing , all take care and stay safe : - )

Anya?and that guy seem to get on with the dancing ok. Iv never seen him. Wonder if she has a man at home!

Anya you are so sweet

Anya seem to be such a sweet and caring person . Love watching her dance .😘

Vita and Roslyn are watching. Great music fortune and frankly.

Can’t wait to come and dance to your beautiful music ❤️

Great to look back on these memories 👍👍💖💖

Fantastic music so much memories

Love watching and listen to you 👍😀

Just want to dance the night away

Good to here Frankie there

enjoy your dancing shoes and the moment

Congratulations she is beautiful 😊💕

She’s so Buitefull God Bless You And You Family

A very proud Dad with his beautiful little girl. Love the photo x

Beautiful photo Fortunato, you have a beautiful family...❤️

She is a cutie girl. You are truly blessed😘

Congratulations on you darling baby girl. I bet the boys adore her xx💕💕

Beautiful photo Fortunato. She will certainly be Daddy’s Little Girl. Love to Mummy and the boys as well.❤️❤️

Absolutely precious! What a beautiful photo of daddy and his beautiful bath girl . You and your lovely wife are so blessed . 💜💜

Congratulations to you on the birth of your beautiful little princess, May God bless her and your family always.🙏🙏🙏💝

A beautiful little girl with her proud father! Hugs to her mom and little brothers too!

Absolutely precious!Wonder if she will be a great singer like her Dad met him yesterday at Redcliffe for the first time was magic and had a great day 👍💕💕

She is so beautiful and precious

Your Baby is so sweet she’s so tiny and lovable. You are a proud Daddy.

Beautiful photo Fortunato your little girl is a bundle of joy , and you have a lovely family

Aww she beautiful 😍❤congratulations to you both beautiful family xx

Boonah Show Ball - Roadvale Dance
Sat 14 May 2022
Due to Flooding in the area.

This event has been moved to Saturday 25 June 2022

Nice day to stay at home with the family and relax .Have you packed your bag for Norfolk yet .? Buon viaggio ,Stai bene e al sicuro

Such a shame..hope the Boonah residents are safe. Take care Fortunato 💕

   lovely to meet  these beautiful ladies in person. Chris, Sue and Colleen  who follow me on Facebook surprised me today at Redcliffe Dolphins. It was a pleasure meeting you all. ... See MoreSee Less

you have a large following on facebook and it is great that you are able to met some of them while playing your music. are you coming up to Ingham this year? 😎

We had a great day he is a real gentleman ❤️👏

Nice picture I love your music 🎶 listen as often as I can quite a bit. Have a nice day.

Very nice picture! So happy people are able to come see you in person,Lovely fans you have.

How lovely to meet up in person, lovely photo!

I know they would have enjoyed their day

Great they got to see you. X

Have a wonderful time

That is so awesome 👍😇

Lucky man with all those beautiful looking ladies

wish you would play one song and let Gary and his wife dance for us! good music--- from deep on the heart of Texas!!

Good job Phil sound not real flash with his microphone👍👏👏

Sure love there dancing good on them

I Fortunato I saw Judy.sitting in he chair while. You sang the song she likes great to hear your voice again. I enjoy it so much

just love your singing and love to watch the dancers. my favs are garyand partner, the couple in front man has a white shirt and mushtache. They are always so happy and really enjoy themselves!

Wow. So beautiful. All family very talented. Congratulation. Big hugs to everyone include very good dancers on the floor.

Unchained Melody ~ Your version, one of the best of many I already have heard !! ~ Beautiful !!💕💕

Anya korezo nice to see you with a partner.Beautiful music and dancing.Good to enjoy yourself x

Great dancig Fortunato to your fabulous music ist love it

Lovely seeing Anya with a partner enjoying herself

Love Norfolk Island. Most beautiful sites and people. Enjoy . Wish I could fit in someone's suitcase. 😆😆❤❤

Amazing Thankyou what a lovely day you have there xx🥰💖🌸

That was great singing by your Dad Fortunato great dancing to

Sound fading in and out can’t hear

Nato beautiful job singing Blue Spanish Eyes, but then all of your singing and keyboard playing is fantastic!

Wished I was there greetings from Tasmania

Fortunato is one of most best Entertainers love hearing him singing also in Italian 👍, thanks for all the live shows 🥰 . 👏👏👏

I’m not Italian but I just love when Fortunato sings in Italian. it’s such romantic language.💃💃🎼🥁🥁💃🎼😘

Both great dancers lady with the red skirt, and her partner

Fantastic thank you so enjoyed the music and dancing 💃🎹🥁💃❤️🏴󠁧󠁢󠁳󠁣󠁴󠁿

He is a good entertainer love watching his shows

There are some wonderful dancers , really enjoy watching many dance . The singing is Fab , !<3 ,

Keep up to date with Fortunato's shows and album releases.